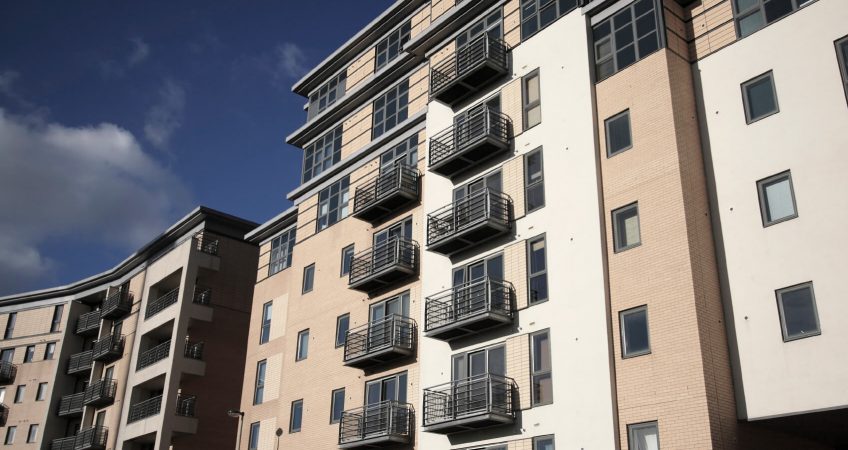 With the great calamity that Brexit has turned into it has felt like nothing else is going on in the world. Amongst all this commotion it would have been easy to miss the Homes (Fitness for Human Habitation) Act 2018, which has somewhat snuck under the radar.

We, as a professional company specialising in dampness problems, should not be missing this opportunity to get dampness in buildings very much back into the spotlight, nor should we forget about the consequences of not providing safe housing, we saw the results of this with Grenfell Towers in North Kensington on 14th June 2017.

So what is the Homes Act?

The Homes Act is a new law to make sure that rented houses and flats are ‘fit for human habitation’, meaning that they are safe, healthy and free from things that could cause serious harm.

Two of the parameters used to measure property standards for Fitness for Human Habitation include freedom from damp and suitable ventilation. Amazingly in this political climate, this act had cross-party support (if only Brexit was that easy!).

What is the Purpose of this Homes Act?

The purpose of the Act is to amend relevant sections of the Landlord and Tenant Act 1985, by extending its obligations to cover almost all landlords and to modernise the fitness for habitation test. Where a landlord fails to let and maintain a property that is fit for human habitation, the Act would give tenants a right to take action in the courts. The Act came into force on 20th March 2019, although no one on a current tenancy will be able to use it for another year and it also does not protect anyone with a tenancy longer than 7 years.

Essentially nothing Changes in the Homes Act

Essentially nothing changes in relation to the standards of accommodation that the landlord provides, this Act remains unchanged. It still relies on the 29 Hazards listed in Schedule 1 of The Housing Health and Safety Rating System (England) Regulations 2005, to define why a property may not be fit for human habitation, but a new section, 9A inserts a covenant between landlord and tenant that the property is, and will remain, habitable.

However, what this Act does do is provide tenants with a route to claiming compensation when a landlord fails to take steps to address the issue, without having to wait for the Council or Environmental Health to act.

There are still Exceptions for Landlords

Most of this Act only refers to England and whilst landlords are responsible for most things, there are notable exceptions;

It is without question that the first of these exceptions will provide the most contentious, especially with dampness and mould. We are well aware of how dampness issues can sometimes be complex, defining when an issue is down to excessive moisture production, rather than adequate ventilation could prove a grey area.

Is Adequate Ventilation the Key?

Here at RTC, we are fully aware that condensation is the most common form of dampness in buildings within the UK and are very vocal about our concerns in relation to ventilation not being installed and commissioned properly, a view which has been reaffirmed by a number of studies in recent years. In cases with condensation and mould it would be difficult for a landlord to argue that they have taken all the necessary steps to address the issue when the measures taken do not comply with building regulations.

This is why we have an active involvement in the Residential Ventilation Group, which is part of the Property Care Association (PCA), to ensure that landlords have a reference point for competent contractors and will further ensure that any works meet the requirements of the building regulations.

We have recently also become a NICEIC registered contractor in domestic ventilation and are the first Property Care Association (PCA) member to do so, we are led to believe that we are the first preservation company in the country to have this qualification.

We’re already aware of the ‘Ambulance Chasing’ solicitors who have jumped on the ‘where there’s blame, there’s a claim’ band wagon and it won’t be acceptable to just install any fan and think that is ok.

Did you know it is against the law if you install any mechanical ventilation which is adjustable and don’t commission it or inform Building Control (I bet the solicitors do!)

The need for Pre-tenancy Surveys?

Historically as an industry, we have been reactive in dealing with issues once they have arisen. So, does the introduction of this Act present demand for pre-tenancy dampness surveys which would include a check of the provision of dampness and ventilation? This will allow for ongoing long-term relationships with clients, where works could be programmed proactively rather than reactively.

We all need to have a vested interest

This is by no means a comprehensive review and ultimately, this Act will only be quantified by case law as the degree of un-inhabitability is not quantified and the landlord has to be allowed reasonable time to rectify the issue. That said, we have already been made aware of a number of tenants and housing associations acting upon the new legislation which is a positive step forward.

As a professional and highly qualified company we have a vested interest in this Act and will provide a service that is unrivalled in the industry, not only locally but also nationally.