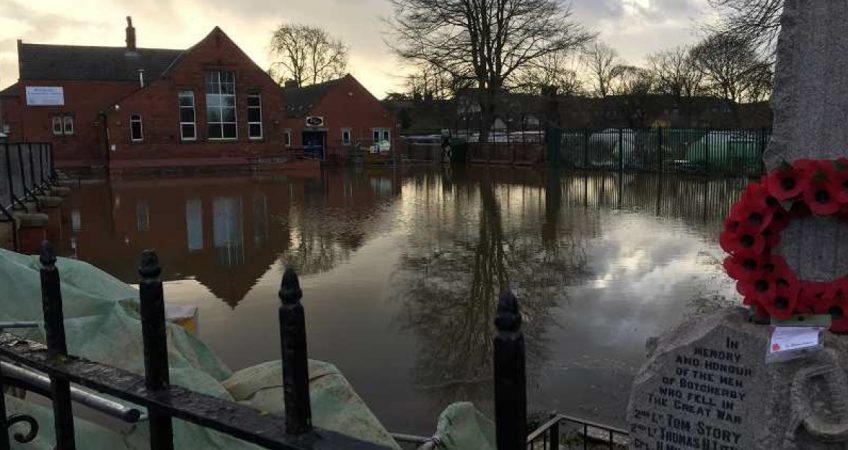 Posted by Andrew In Uncategorised

RTC were recently involved in an innovative flood resilience project in Cumbria which has recently won the Environment Agency’s project excellence award for climate resilience.

The projects aim was to make three properties showcases for flood resilience, in order to demonstrate to homes and business owners what can be done to reduce the devastation that flooding can cause, which is an issue to many in the region.

The project which was supported by North West Regional Flood and Coastal Committee (RFCC) and the Environment Agency is the first of its kind in the country.

RTC teamed up with Mary Dhonau OBE, flood resilience campaigner and original chair of the PCA’s Flood Protection Group who is spearheading the project, to take part in the transformation of Botcherby Community Centre.

Botcherby Community Centre in Carlisle was the first project to be showcased. The community centre was severely flooded on the 5th December 2015 when Storm Desmond hit and has never fully re-opened since the devastating floods.

The aim was to make the kitchen of the community centre, flood resilient and RTC carried out specialist flood resilience measures using various products from Safeguard Europe Limited to provide long term benefits for the centre and the community as a whole. Our aim was to provide a system suitable for purpose, which would enable the centre to get back to normal as quickly as possible should future flooding occur.

Mary Dhonau OBE who collected the award was beyond delighted that the Cumbria flood resilience showcase project won the Project Excellence award for ‘climate resilience’ at the Environment Agencies annual conference.

Mary went on to say

‘It was an extremely challenging project and I’m indebted to Andrew Bradshaw and his team at RTC for all the support and hard work they put into making a kitchen at Botcherby community centre resilient to future floods. They were a delight to work with’

Andrew co-founder and partner of RTC who also project managed the flood resilience works said ‘It was a challenging project but our highly qualified and experienced team were able to provide the solutions required’ Andrew went on to say ‘It was also very humbling and a privilege to be a part of helping to bring the community back together following those dreadful floods in 2015 in which the centre had never been fully reopened until our works were carried out’.

The project received a lot of media coverage including visits from government ministers and politicians and RTC were also featured on BBC News.